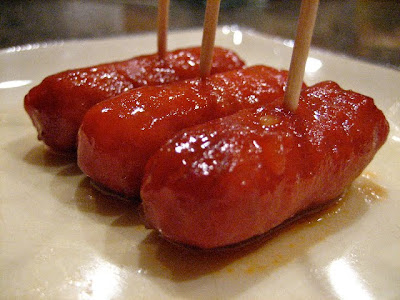 National Sales Meetings (NSM) are the equivalent to Hollywood’s Oscar Night for those in the startup Medical Device Industry (only far less fashionable and much more ego).  The NSM are usually held at the beginning of the year (just like Hollywood), in a warm climate resort town hotel for several days.  We’re in the height of NSM Season in Phoenix right now- and, it’s a toss up if more cows have been killed at the high end steak houses over the number of strippers that got their wings this month.  A list of activities (no sedative needed these meetings were a great cure for insomnia):

Training on new products (this is where I usually tried to steal things-those engineers are a crafty and paranoid lot, and would all but strip search us before leaving)

Golf (Have I mentioned the industry is 99% male enough yet?)

COCKtail Parties (as the title would indicate, males who said offensive, inappropriate, (usually sexist) remarks to the female members of the organization (more at these events with home office people and marketing). And, the subsequent reaction when asked if they were going to willingly hand over their balls to make fashion accessories or if force would be necessary.

Regional Breakouts /Outbreak (Both required medication-depending on whether you enlisted the services of a ‘working girl’ then it was antibiotic or you were asked to discuss your territory in excruciating detail-then a tranq dart to the neck was required, sometimes twice)

Awards Dinner the culmination of days of torture punctuated by a parade of egos and assholes encased in a pep rally and a bed time fairy tale from the founder.

Today’s lessons are brought to you by COCKtail Parties.  Grab yourself and wiener, settle in and allow my pain to become your amusement.   A room full of testosterone-laden males with the collective emotional intelligence of a 12-year-old boy, over a 15-year career lends to some pretty entertaining (albeit offensive) stories.

I have confirmation that the devil has in fact spawned children and they work and run the device industry.  (You heard it here first, folks!)  I know you’re thinking (fuck she’s going to get all religious)-No, now, I may have called one of my former managers the ‘Spawn of Satan,’ to his face, but that wasn’t so much a religious statement as it was an accurate one.

Salesforces tended to be a soulless lot, fixated on money, winning and making sure they did something that will make others at the meeting envy them (I maintain that I have not always liked myself-shocking, right? And, then there are the usually 2 or 3 people who didn’t get the memo that National Sales Meeting does not coincide with ‘Take God to Work Week.’

One such ‘gentleman,’ I referred to as The High Priest (remember I’m not always nice, but accurate) loved to shove religion down everyone’s throat and wielded judgment and superiority like it was his job.  Only ‘one’ can judge and I highly doubt he drives a minivan. Ironically, this hypocritical behavior is the antithesis of religion.

The hypocrisy, never lost on me, nor was the opportunity to point it out, especially when coupled with sleep deprivation, alcohol (his not mine), and mind numbing boredom created a COCKtail moment that was an answer to all of my bedtime meeting prayers. There is no place for sexism in religion or work yet The High Priest, cowering behind ‘religion’ as his shield felt it was acceptable to ask “Don’t you think it’s time for you to have kids? I mean, every woman wants kids and my wife just had her eighty-billionth (slight writer’s embellishment) kid.”

“I haven’t, met the right person,” I said, trying to remember I was at a work function (at least one of us had social consciousness).

“Yes, but you’re wasting your womb,” he said honestly believing he had the ‘right,’ as a man to say that to another human being.  Yep, this is what gets promoted in corporate America today!

“Not every woman has the desire to be enslaved as a puppy mill,” I said, as I felt an arm start to pull me back.  It may have been recommended that The High Priest, take what was left of his pride and his third bottle of wine and go nail himself to a cross.

*The High Priest did not pose for the glamor shot above but is the suspected size of his Jesus-loving Judgment Wand.