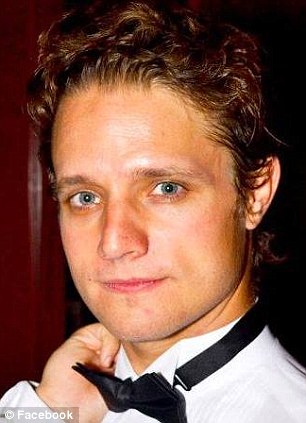 Still unsure of the new Facebook changes and format, it’s tough to tell what will pop up on feeds daily.  I started to read a post yesterday which was very unfunny and poking fun of women abused at the hands of tech CEOs.  Mike Arrington, who built TechCrunch into a multi-million-dollar empire, was on the defensive, in a Vanity Fair piece this past December denying accusations that he raped an ex-girlfriend and abused two other women.

And of course most recently Oprah endorsed Radium One CEO Gurbaksh “G” Chahal, who on video hit  his girlfriend 117 times Aug. 5, 2013; and, he faced 45 felony charges pled guilty to one count of domestic violence battery a was put on three years probation where he has to complete a 52-week domestic violence training program as well as performing 25 hours of community service.  That’s it. Oh and he was fired from Radium One.  CEO Gurbaksh “G” Chahal should also be dealt some NBA justice and put on the Banned For Life List of CEOs.

My anger regarding the Facebook post quickly turned to confusion as I read Another tech founder in shocking domestic abuse case, authored by the British guy, Ben Way from Bravo’s horrific show Silicon Valley (don’t worry if you didn’t see it as it made it one season).  He was a likeable character, if not somewhat delusional, in a sea of swarmy startup sycophants.  He gives a pretty graphic account of abuse and of course you think that perhaps he’s done the unthinkable only to learn the unthinkable was done to him.  He alleges that he was punched in the jaw, bitten, scratched, stabbed in the foot with a stiletto and struck in the genitals during the attacks from his now ex-girlfriend.

It’s great that he wrote about it for several reasons.  One, potential sociopathic abuser manipulate love and create fear in their victims.  As strong as he is for coming out, there are still declarations of love (understandably) which an abuser will use to their advantage (not pressing charges) and if they don’t get their way fear, threats and intimidation until they do get their way.  I hope Ben has a good group of strong people who love and care about him there during these next few weeks when manipulation from the abuser is at its highest.  When you love someone (no matter how strong you are as a person) that love can and will be used against you.  We don’t think like they do and we have to in these situations in order to make the abuser accountable.

In the Mike Arrington case his ex denied abuse when questioned and in the Gurbaksh “G” Chahal case there was lack of cooperation from the victim and why he was able to get off so easily.  I am in no way victim shaming.  Again, these abusers are master manipulators and if they don’t get what they want they will intimidate.  Ben, you are doing your ex no favors by not pressing charges.  If the abusers aren’t forced into accountability they will continue the cycle of abuse if not on you then their next victim.  And it’s not a matter of  “if” it’s “when.”

And if Hollywood wants to do shows on Silicon Valley exposing fraud and the sociopathic tendencies throughout the business model and where the victims are shown as survivors that’s a show I’d actually watch.