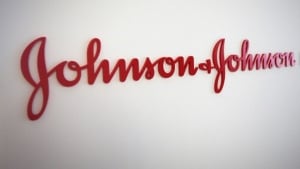 Johnson & Johnson’s Ethicon’s Gynecare, the largest maker of devices used in a popular uterine surgery, and the same companies who already have 22,000 pending lawsuits for transvaginal mesh, said they’ve suspended sales of the tools amid concerns about their potential to spread a rare but deadly cancer.  These tools go by the names:

The health-care giant said it was halting world-wide sales, distribution and promotion of the tools called power morcellators but NOT PERMANENTLY pulling them from the market.  Is that because ‘many’ think of these products as the gold standard too?

The action follows a Food and Drug Administration advisory on April 17 discouraging doctors from using the devices to remove fibroids—common but often painful uterine growths—because of a risk of worsening an often-hidden cancer.

WHAT WILL IT TAKE FOR THE FDA TO DEMAND A RECALL?

The FDA has said it plans an advisory committee meeting this summer to examine the tools’ use more deeply. Johnson & Johnson wrote in a letter to customers that it is waiting for the FDA and the medical community to further clarify the role of morcellation in fibroid treatment. The letter was reviewed by The Wall Street Journal.

Morcellators typically use long, tube-shaped blades to cut and remove tissue through tiny incisions, helping patients avoid open abdominal surgery associated with longer scars and recovery. The FDA has estimated morcellators are used about 50,000 times yearly to perform fibroid-removal procedures. Overall, fibroids account for about 40% of the roughly 500,000 hysterectomies performed annually in the U.S., by some estimates.

Fibroids are most often benign. But the FDA cited a 1 in 350 risk that women undergoing surgery to remove these growths have an undetected cancer known as a uterine sarcoma. The risk of spreading this cancer with morcellators—highlighted in a series of Wall Street Journal articles—erupted into a heated gynecological debate late last year after a Boston-area couple began raising an alarm.

Amy Reed, a 41-year-old mother of six and anesthesiologist at Boston’s Beth Israel Deaconess Medical Center, developed advanced uterine cancer shortly after a hysterectomy in October. The hospital that performed the procedure, nearby Brigham and Women’s Hospital, acknowledged that use of morcellation worsened her cancer.

The sales halt doesn’t prevent doctors from using devices already in inventory, and Johnson & Johnson hasn’t recalled those devices from the market. But several hospitals, including Cleveland Clinic and Brigham and Women’s, have suspended morcellator procedures following the FDA’s advisory.

PATIENTS NEED TO DEMAND THE HOSPITALS DO NOT USE

HOLD THE FDA and Johnson & Johnson accountable to patients

Other smaller morcellator manufacturers include Karl Storz GmbH, Olympus Corp. 7733.TO +1.46% and Richard Wolf GmbH. Storz and Wolf didn’t respond to a request for comment about whether they have made any changes following the FDA advisory. An Olympus spokesman declined to comment.