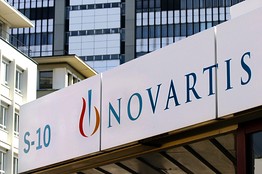 MAUDE reports coming and going from the FDA website, product no longer sold in the US still for sale on ebay; and, this week in industry news, Novartis acknowledged its staff in Japan hid safety reports concerning patients in a clinical study of leukemia medicines. The evidence had been shredded or online files were deleted. At the time, the drug maker did not specify the actual number of cases, although some Japanese media reported the initial findings involved about 30 instances.  (Hey we’re heard this one before with Johnson & Johnson’s Ethicon’s Gynecare)

A Novartis spokesman says the investigation is continuing and the drug maker has not yet determined if any of these safety reports were associated with confirmed adverse events or serious adverse events. As noted previously, some salespeople helped doctors rate the severity of side effects, and the drug development division failed to inform the product safety team about the cases, which date as far back as 2002.

Or was it “Do as they’re told even if illegal, especially if illegal or they’d hear-‘Off with their heads?'”Go ahead and roll these facts through The Socipathic Business Model ™