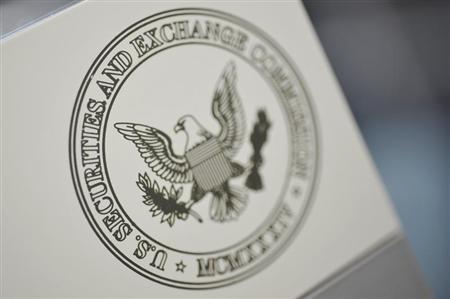 Right out of The Sociopathic Business Model™ playbook:

Corporate CEOs Demand that they be Tipped Off  When a Whistleblower Reports their Crimes reads the headline from Bill Black’s  New Economic Perspectives and is the source used for this next Case Study.

Financial advisors hired to protect the assets of a company or wealthy clients who suspect someone within the organization is abusing their power and committing a fraud don’t want to let the executives know there’s a whistleblower.  Because, this will shock no one: the executive level is where most fraud originates.    Lemme get this straight, criminals would like a heads up if someone caught on to their illegal behavior so before the truth is exposed they can retaliate, demean, and insult the employee prior to denials, pathological lies and mass paper shredding?  Seems totally fair (she said dripping in sarcasm).  Criminals just love concessions where they can manipulate and not recognize the rights of others, don’t they?

Michael E. Clark, Special Counsel to the Duane Morris law firm of Houston, Texas did us all the favor of revealing a bit too much of the basis for the CEOs’ rage against whistleblowers.  The hostility is evident in the title he chose for his article: “The Dodd-Frank Act’s Bounty Hunter Provisions.”

“Although turning workers into informants by realigning their loyalties seemed fundamentally wrong to me, both then and now, Congress has recently decided to move in this direction [in Dodd-Frank].

These new bounty provisions promise to be a “game-changer” for financial fraud enforcement. Not only will whistleblowers now have strong incentives to put their personal interests ahead of loyalties to their employers, but they will have ample opportunities to do….”

The argument that whistleblowers betray their “loyalty” to the corporation when they alert authorities to the actions of officers and employees who are likely to be violating the law and harming the corporation in order to make the CEO wealthy never made sense.  CEOs leading control frauds use executive compensation and the power to hire, fire, promote, and bully to create perverse incentives to induce employees to act on their own behalf by harming the corporation.  (Hey wait a minute does this sound like something we’ve read on this site before?)

So if you’re going to expose the truth about daddy’s financial crimes (the corporation), don’t tell daddy and you better tell mommy (the SEC/Government) or else you aren’t protected.  Which sounds good in theory until you bring in our other favorite user of The Sociopathic Business Model ™, the government.   Let’s start to look for inconsistent and contradictory language:

Now if that whistleblower is a US Government employee the government does not want the same rules.  They’d like the whistleblower to ‘register,’ (like a sex offender?)  Same arguments above apply to this scenario but yet there is now an inconsistent and contradictory message from the government.

Government employee whistleblower, don’t tell daddy (government) or mommy (more government) but register where daddy and mommy work. (Who is going to protect the them?? And in turn the rest of us?)

So for those that argue that Edward Snowden should have stayed and talked it out maybe now it’s a little more clear (or unclear) that it wasn’t that easy.  And again daddy and mommy were mad at their kid Edward who blabbed to the world about phone taps and worse but Edward also exposed someone was listening to daddy and mommy’s conversations too!  Think someone might be a little worried about what’s been recorded with an election quickly approaching in 2016?  Remember all accomplices eventually become victims.

When we allow two known corrupt entities (business &  government)  to negotiate behind closed doors on behalf of the American people we’re letting criminals get away with murder.